Also known as twenty-one for the number you have to reach to win, blackjack is the most widely played casino banking game in the world. Unlike other world famous games, blackjack’s past is somewhat murky and in fact, the first ever written reference we have to the predecessor of the present game is found in a book which was written by 16th century Spanish author Miguel de Cervantes of ‘Don Quixote’ fame. Like many men of his time, Cervantes was a gambler, he immortalized twenty-one or ventiuna in his tale ‘Rinconete y Cortadillo’ where he wrote about two men from Seville who were professional cheats.

How to Play Blackjack: Rules and Strategy 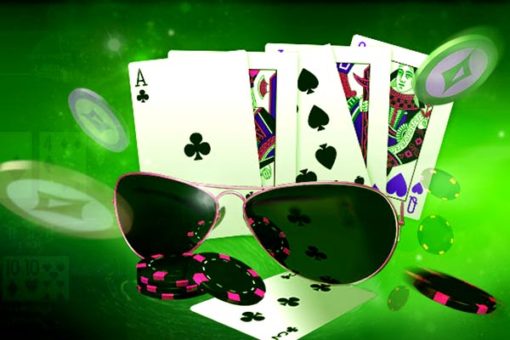 Blackjack is a comparing card game between the player and dealer where the player is handed two cards and has to decide whether he will ask for more cards from the dealer or whether he will stay – the object of the game being to get as close to twenty-one as possible whilst having a higher hand than the dealer. The attaining of a higher number than twenty-one leads you to going “bust”. Face cards (Kings, Queens, and Jacks) are counted as ten points whilst an Ace can count as either one point or eleven – all other cards have the numeric values shown on them.

If a player holds an Ace and decides to set its value to eleven, this hand is called “soft” which means that the player will not go bust by taking an additional card (eleven plus the value of any other card will always be less than or equal to twenty-one). Otherwise, the hand is called “hard”. Furthermore, you can also split two cards of the same amount – splitting doubles the bet as each new hand is worth the original bet.

In the majority of modern poker games, the first round of betting begins with one or more of the players making some form of a forced bet (“the blind” and/or “ante”). In standard poker, each player bets according to what cards he has in his hands and how good he thinks his cards are compared to the other players. Every player must either match what his tablemates have bet or “call”.

A player who matches a bet may also “raise” the bet by increasing it. The betting round ends when all players have either matched the last bet or folded. If everyone except one player folds on any round, the remaining player collects the pot (the money which has been collected from each player) and may choose to show or conceal his hand. If more than one player remains in the game after the final betting round, the hands are revealed and the player with the winning hand takes the pot.

The History of Blackjack

In the same way that people got their first sighting of blackjack through a book, poker is no different and in fact, the first taste we get off the table game which took the world by storm is in English actor Joseph Cowell’s memoirs where he itinerated that the game was played in New Orleans, Louisiana in 1829 with a deck of twenty cards and no less than four players betting on which player’s hand was the most valuable. Poker was mentioned again less than twenty years later in Jonathan H. Green’s book ‘An Exposure of the Arts and Miseries of Gambling’ where the author described how the game spread from there to the rest of the country via Mississippi riverboats on which gambling was a common pastime during the gold rush.

It was soon after this spread that the full fifty-two card English deck was used and “the flush” was introduced, but it took the American Civil War for additions such as “stud poker” (specifically five-card stud) and “the straight” to take root. With the launch of the World Series of Poker in the 1970’s, modern tournament play became popular in American casinos, however, it was only in the 21st century that poker finally reached the apex of its career thanks to the introduction of online poker and hole-card games. This golden period has led to a number of spin-off variations on the poker theme. 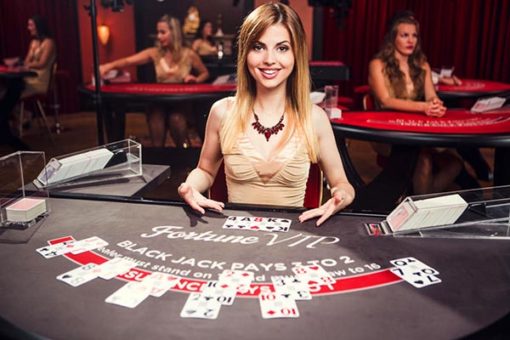 One of the most innovative things to come out of the gaming industry in the last couple of years is the development of live dealer blackjack (live casinos also offer other games in live version such as Roulette, Baccarat, three card and casino holdem poker). The best online blackjack sites will offer both the option for tradition software generated blackjack games, where they virtually reconstruct the game in all its elements – from table and game play to random number generation – and present this via video graphic, each site offering this will differ the graphics etc. to give the player their own feel. Live online blackjack is where you play blackjack with a real table, a real dealer and real cards; the game is broadcast live via internet video streaming straight to your computers web browser or mobile device.

The game play is identical to both regular online blackjack as well as that of a land based casino, it’s a fantastic new way of presenting the game to players and both very exciting and allows you to really replicate the excitement and fun of the game.

Live blackjack online allows you to chat to the dealers and they can respond you directly via the camera, the way it is is presented is super slick and we can’t rate it highly enough. The best live blackjack sites will have a dedicated studio where the tables and staff are branded and totally represent the brand qualities and while the virtual gameplay versions is still a better option for quick play, live versions of blackjack are perhaps more fun to play if you don’t mind a bit more of a wait.

We at bingo.org are sure that the development of live bingo is just around the corner and we really hope it is as it’s a great gameplay option and bingo sites can definitely learn from how live dealer blackjack is set up. Below are a couple of screen grabs from live online Blackjack gameplay to give you a good idea of how it is viewed by the player.